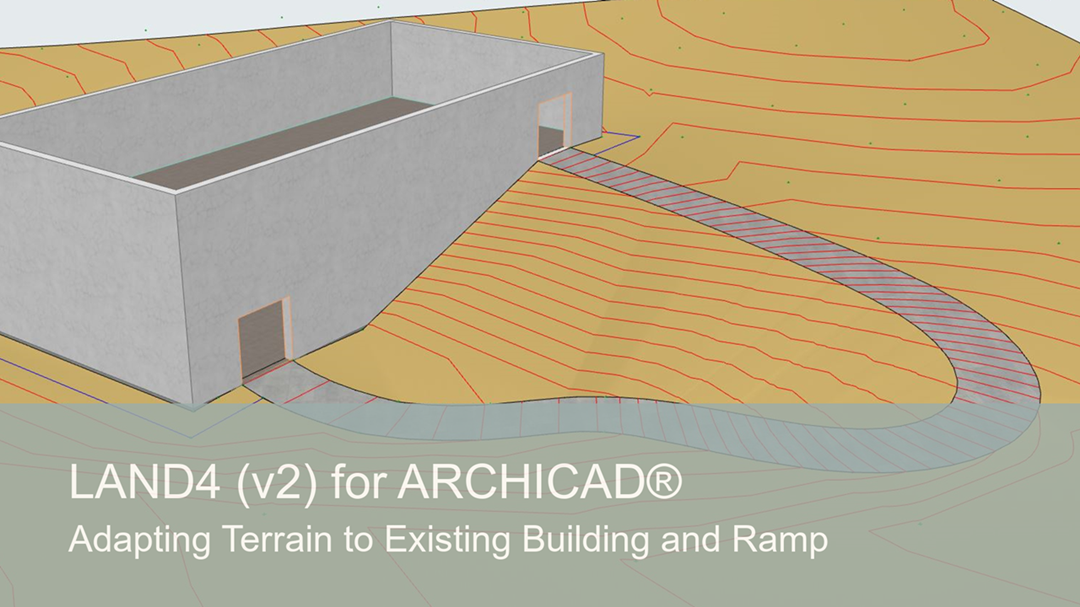 Our most recent video shows you how to easily adapt your existing terrain – or construct a new terrain – in relation to other existing objects in ARCHICAD. All achieved using only a few LAND4 functions.

In the second part of the video, the building’s geometry and the ramp elevation at each entrance is used to interpolate and create other 3D points around the building.

Later, these new Spot Levels will be used to create the Ridge Line which will define where exactly the new terrain will meet the building.

With all LAND4 objects defined and placed in the right categories, it only takes a few clicks (using the Magic Wand) to generate the new terrain and make sure it follows the inserted levels.

Get LAND4 related news directly in your inbox.